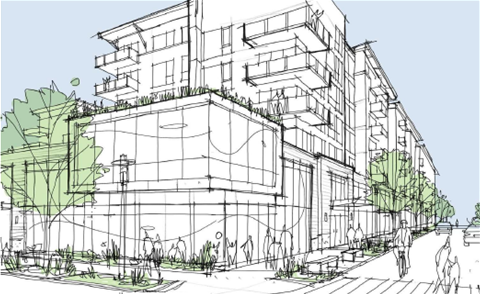 The City is partnering with Spectrum Development Group and King County Housing Authority to create a proposed mixed-use, transit-oriented development (TOD) on a prime opportunity site to align with the Central Issaquah Plan vision.

This privately-owned development - called "Trailhead" - is viewed as a catalyst to increasing housing opportunities and affordable housing; increasing transit usage; creating a vibrant, pedestrian-friendly environment; and connecting to public amenities.

The City will continue to facilitate this complex project in order to achieve the City’s vision. There are multiple parties involved, including City and County government, private corporation and the county housing authority.

Where will Lumen (Formerly CenturyLink) move?

Lumen is working on plans to relocate operations from the TOD site which will be announced soon. At one point in this project, a portion of the Issaquah Valley RV Park was considered for their relocation site, but this is no longer the case.

Why is the City involved in this project?

As of 2017, the Central Issaquah area has seen zero new affordable housing units built since the plan’s adoption in 2013. This public/private partnership leverages the opportunity to provide affordable and workforce housing adjacent to the Issaquah Transit Center.

To stay connected on this project, subscribe to the Neighborhoods: Central Issaquah category in the City’s Notify Me tool.