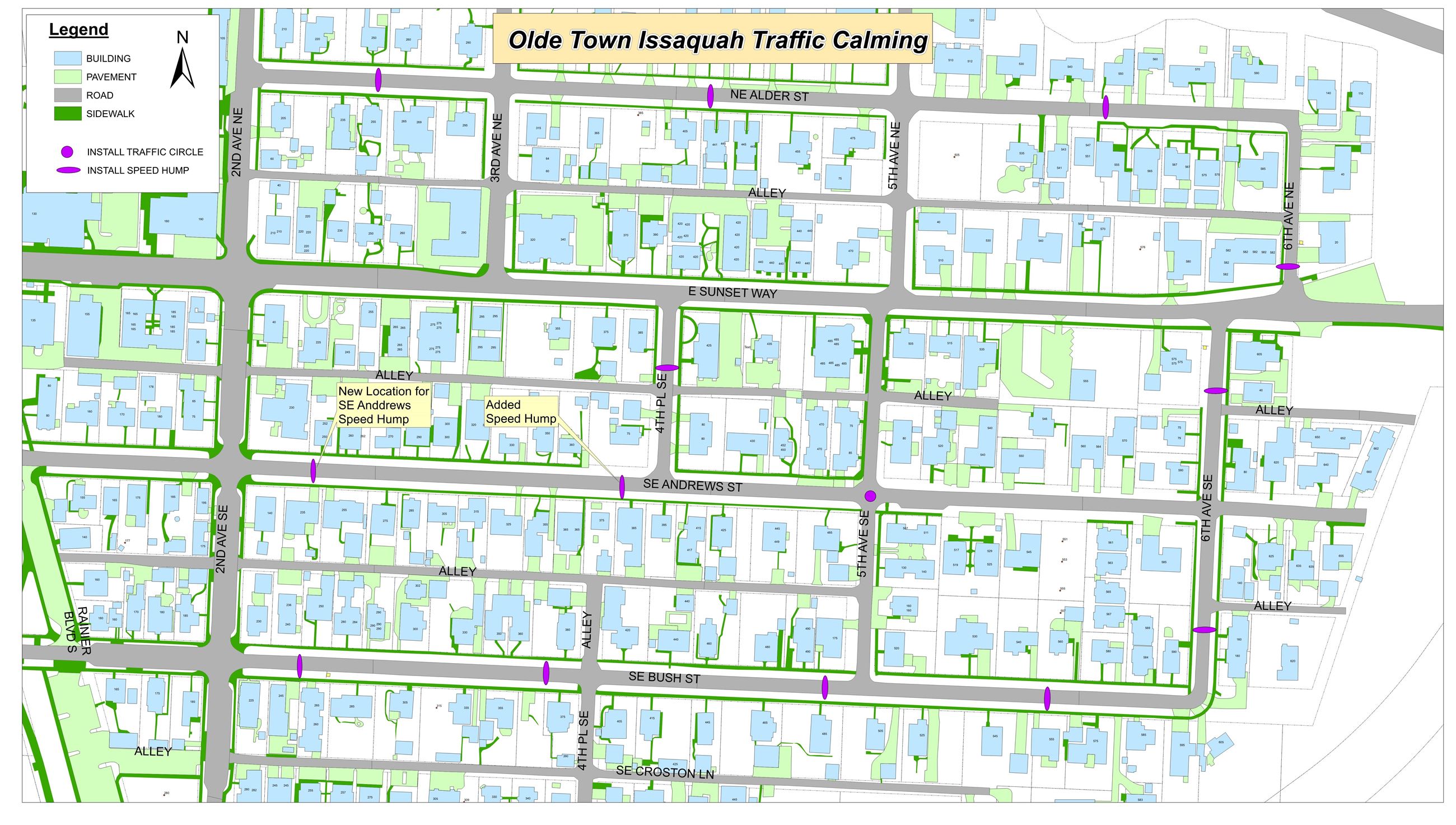 The City began piloting a traffic calming program in Olde Town in late 2017. Different traffic calming methods were used to help reduce speed and traffic volume in the neighborhood. After an extensive outreach period, using data along with feedback from residents, permanent devices were installed in the Fall of 2018.

At a City Council meeting on Nov. 4, 2019, some Olde Town residents provided testimony, shared questions and expressed concerns regarding the effectiveness of the permanent traffic calming. Staff then compiled a list of the questions and concerns and provided responses on Nov. 8.

On February 2, 2021, staff held an additional open house with the community to present a finalized list of proposed improvements.

This project will install illumination at five crosswalks around the perimeter of the Olde Town Neighborhood which currently do not meet the City standards for nighttime illumination, and includes crosswalk striping at stop controlled crosswalks along E Sunset Way. The intersections include:

This project will revise the geometry of the intersection, providing a safer experience for pedestrians crossing 2nd Avenue SE, and reducing speeds for passing motorists. The proposed improvements will reduce the travel lanes, and install bulb outs and illumination at all four corners of the intersection of 2nd Avenue SE and SE Bush Street. At the request of Council, in the summer of 2020, staff coordinated with the Issaquah School District, and set up mock improvements within the intersection. The school district supplied a bus and driver to drive the regular bus route through the intersection, to refine the design and verify the improvements could facilitate bus and emergency vehicle traffic.  You can view video of the bus driving through the mocked up intersection here.

Since the devices were permanently installed in 2018, staff has continued to evaluate traffic in and around the Olde Town neighborhood, as well as collect speed data and volume counts.

Select from the list below to view visualizations and raw data from various locations within Olde Town (last updated Feb. 2020).

Alley between Sunset and Alder

To stay connected on this project and other news in the Olde Town neighborhood, subscribe to the “Olde Town” category in the City’s Notify Me tool.